In 2008, a SuperSump System was installed in this Glendora NJ, home due to the basement experiencing seepage problems. After a year had passed, we contacted the homeowner again to schedule the Annual Service appointment for her sump pump maintenance, but she declined. 4 years later, the pump was having major issues including reoccurring seepage and a massive buildup of a slimy, rust colored substance called iron ochre around the pump. Finally, the homeowner called to schedule the Annual Maintenance, but was now reactive to her situation instead of proactive with the Annual Maintenance, which could have prevented any issues. After learning about the issues with the sump pump system during our yearly checkup, we wanted to return our system to its full potential and original integrity. The warranty on the pump had expired, but our team attempted to salvage the sump pump system.

Our Lead Service Technician, Bryan, first uncovered the sump pump lid, revealing the sump had filled completely with iron ochre.  This was due to the lack of maintenance over the years. Under these conditions, the sump pump would never be able to operate properly. Bryan emptied the pit and removed the pump for disassembly and cleaning. The rest of the pit was wiped clean and reassembled with the now functioning sump pump. The alarm system was tested for functionality and the drainage system for clogs and debris. With the waterproofing system working just as well as the day it was installed, the homeowner is thrilled to have a dry basement once again and realizes the importance of annual service. 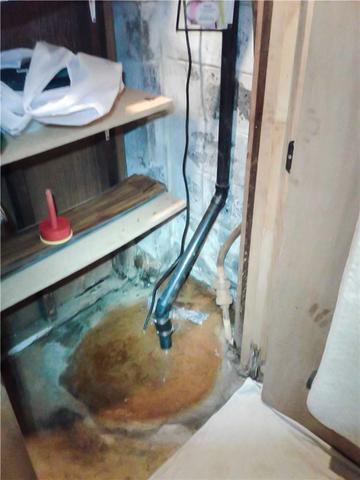 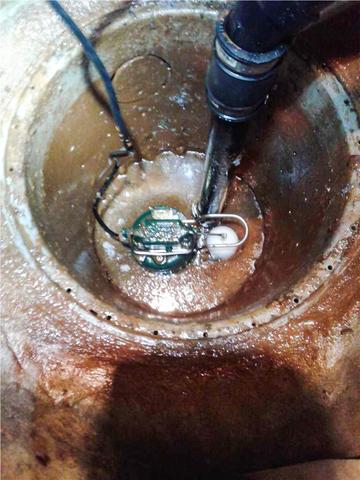 Most of the iron ochre cleaned out revealing the pump. 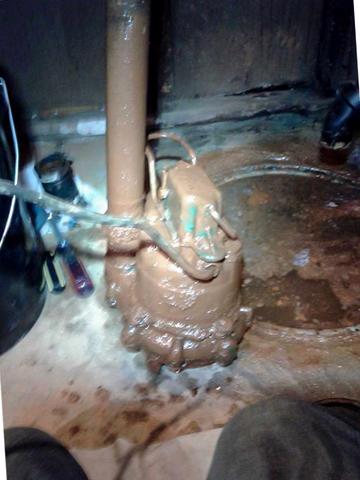 The pump removed from the rest pf the system to be cleaned and restored to working order. 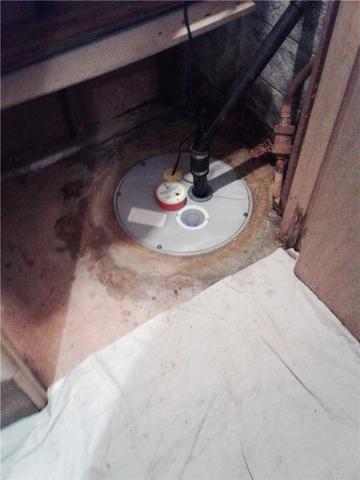 The pump fully restored and assembled.