Kim Gattuso is the marketing director of Dry Guys Basement Systems, and has been part of the team since 2006. She was recently honored for excellence at the Salem County Chamber of Commerce's Spring Banquet. Learn more about this award and Kim's involvement here. 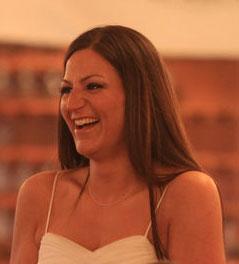 PENNS GROVE, NJ- The Salem County Chamber of Commerce held its Spring Banquet at the Washington Club in Penns Grove. Attendees were welcomed by Dave Bailey, Jr., who is the 2014 Board Chair and is part of Ranch Hope. The evening was totally sold out and hosted many Salem County community leaders, business owners, and other local professionals.

This year’s event featured a special award, the Small Business Leader of the Year, which was received by Dry Guys Basement Systems’ marketing director, Kim Gattuso. Kim hails from Carneys Point and has been with Dry Guys Basement Systems since 2006. In 2007, she was promoted from general office staff to call center lead, and in 2009 she earned the title of marketing director. In 2011, Kim also added human resources and team building to her list of responsibilities.

Kim Gattuso is a member of the board of directors for Family Promise of Salem County in addition to Habitat for Humanity of Salem County. She also actively participates in other community-based organizations.