This home in Bridgeton, New Jersey is suffering from a failing foundation which is causing seepage problems in both the crawl space and basement. Worried that he would soon lose his foundation, the homeowner called Dry Guys to help provide a solution. 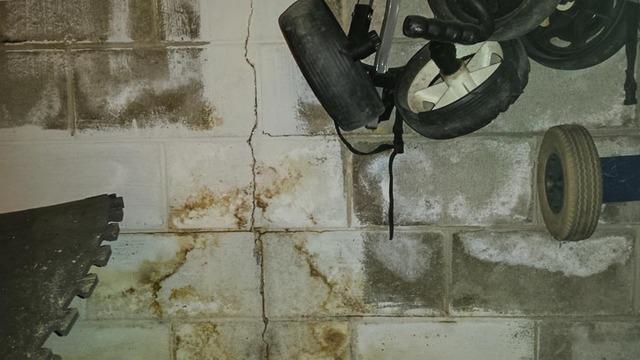 Bowing walls are caused by pressure building up behind the walls. When the soil surrounding the basement is wet, the soil expands, causing pressure to build and crack the foundation. 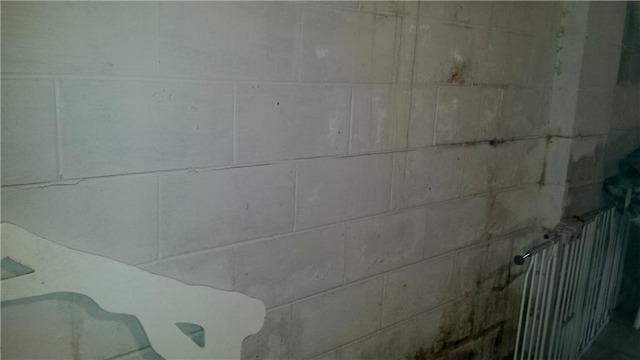 Wall cracks can lead to water seepage and the collapse of the entire structure. 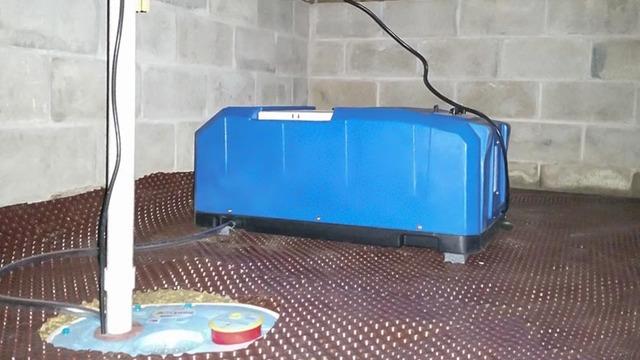 The SaniDry CX dehumidifier not only removes moisture from the air, but also improves the overall air quality. The SaniDry never has to be emptied as it drains directly into the sump pump. The SmartSump Crawl Space Pump. This pump is specifically designed for the crawl space. 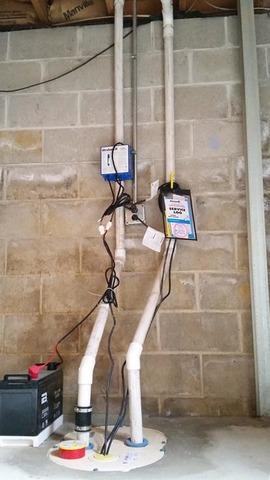 The TripleSafe Sump Pump System was designed to keep any basement dry, all the time, under the worst of conditions. Equipped with two pumps and a battery backup system, this is Dry Guys top of the line sump pump system. 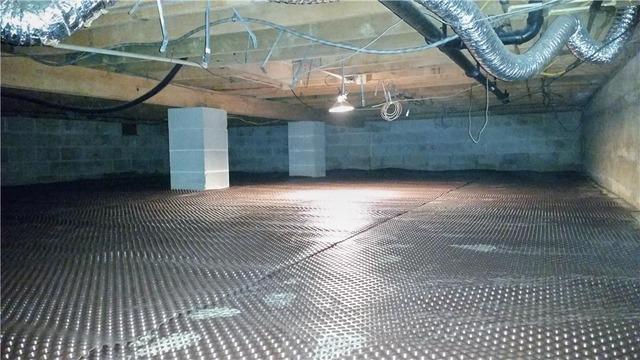 This matting is placed throughout the crawlspace on top of the 'floor'. It has raised dimples, creating channels for water to flow below it and to the sump pump system. 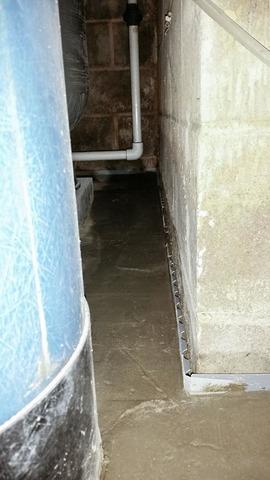 Installed around the perimeter of the basement, WaterGuard is our patented drainage system located just below the basement floor. 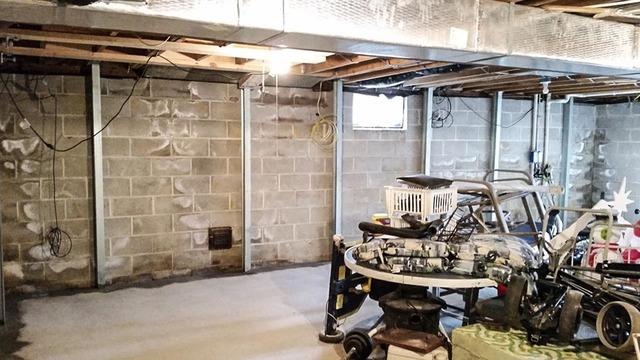 PowerBraces were installed to stop the inward movement of the walls caused by outside pressure. These steel I-beams can be tightened over time to return the walls back to their original position.

Back to Previous Page