This home built in 1972 has a foundation problem that has been progressively getting worse. Bowing cracked walls are caused by the pressure put on the outside walls from expanding soil on this home in Pitman, New Jersey. Clay soil can absorb and hold a large amount of moisture, causing it to expand and put pressure on your foundation walls. When the pressure becomes more than the wall can handle, the wall will begin to push inwards and crack. This not only allows water to enter the basement but puts the entire structure in danger of collapsing. The homeowner was referred to Dry Guys by a neighbor who was satisfied with the work done in his own basement.

After moving the main drain further from the wall, the Dry Guys team installed over 20 PowerBraces Wall System to “freeze” the failing walls. (Pictured) Once installing began, it was discovered that the builder of the home used and oversized sill plate which caused our braces to not sit flush against the walls. (Pictured) This is not a new problem for the Dry Guys crew. Using a piece of treated lumber between the brace and the wall, the braces now sit flush to support the foundation. These steel i-beams will stabilize the wall in its current position and can be tightened to correct the bowing foundation. While the wall is being set back into place, our perimeter drainage system WaterGuard was installed along with a TripleSafe, our top of the line sump pump system, to make sure the water entering was quickly discharged out. Equipped with two powerful Zoeller pumps and a battery backup system that can pump out 11,500 gallons or more on a fully charged battery, there are no other Sump Pump systems that can compete. 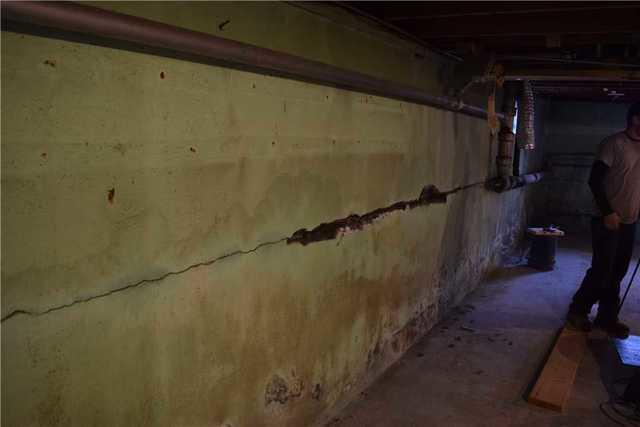 Cracks like the one shown here are caused by pressure put on the outside walls from expanding soil. 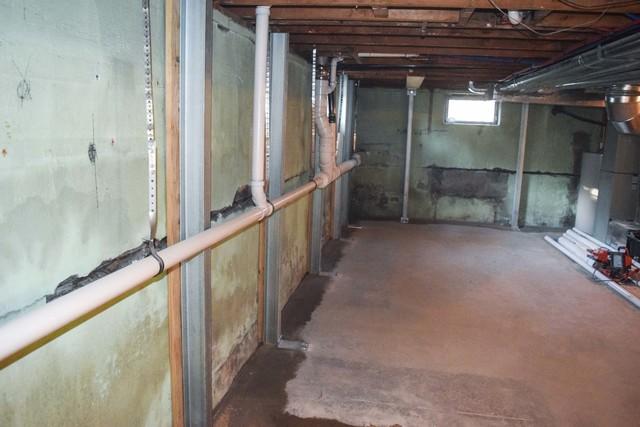 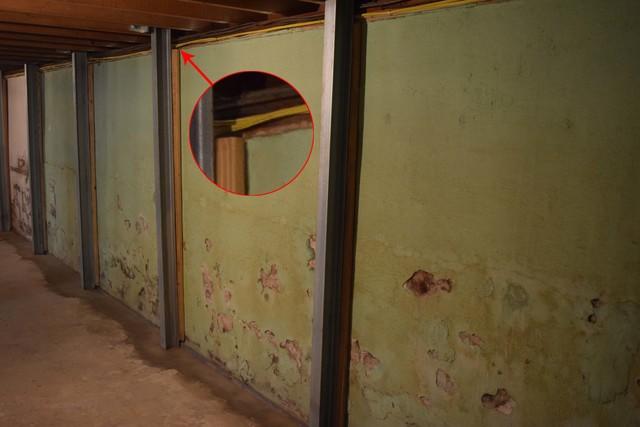 A close up view of the oversized sill plate 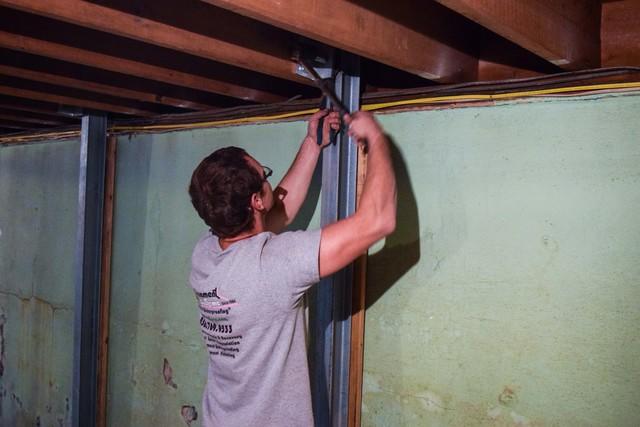 Here we can see our crewman Braidy tightening each PowerBrace to the same pressure. This will ensure that the foundation wall is straight and returns to its original position.

Photo Gallery: PowerBrace Installation in Pitman, NJ
Back to Previous Page
Back to Case Studies