This home built in the 1890s in Haddonfield, New Jersey, suffered from structural problems and seepage whenever it rained. The water entering the crawl space had caused mold to grow and emit a foul odor. The previous homeowner took his home’s structural problems into his own hands and attempted to use a car jack to keep his floors from collapsing. (As pictured) These posts hold very little weight, have poor stability and are difficult to adjust. Also, they won't compensate for poor supporting soils in the crawl space. This is not the solution. With a new homeowner now purchasing the property, she wants to make sure her home is structurally sound and mold-free. After hearing about Dry Guys winning the best home improvement contractor in Salem County for 7 years, she called our team to help with her situation.

After removing the mold from the crawl space, the Dry Guys team installed a CleanSpace Vapor Barrier. This will control humidity to suppress future mold growth and give the crawl space a clean look. To stop the water from entering from the floor, a WaterGuard Perimeter Drainage System was installed along with a SuperSump Sump Pump System. Water is collected by the WaterGuard and directed to the sump pump to be discharged through the SuperSump’s 1/3 horsepower motor, capable of discharging 2,220 gallons of water per hour. To address the structural problems that were still present after the previous homeowner’s DIY repairs, SmartJacks provide a solid support for sagging and undersized beams, restoring stability and straightness to sagging floor joists. (Pictured) These posts can also be adjusted over time to provide additional straightening and leveling action if necessary.

Photo Gallery: Waterproofing and Structural Repairs in...
Back to Previous Page
Back to Case Studies 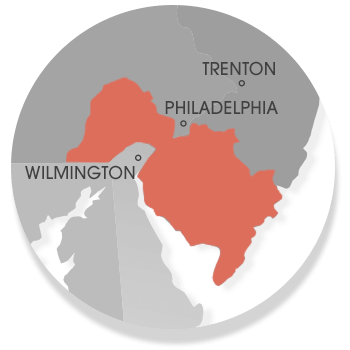