Kim has been with the company since 2006, and was promoted from generic office staff to Call Center Lead in 2008. Since then she's held the titles of Marketing Director (2009) and Sales Manager (2016), and since 2011 has also taken on the tasks of Human Resources and Team Building within the Company. She is currently our Special Projects Manager and works closely with Dan, handling all special projects within the Company, including customer relations and employee growth and development. Additionally, Kim helps the System Design Team with training, back end office help, and also runs appointments and is our "ride along" specialist with our System Designers.

You can catch Kim on one of our jobsites, keeping an open line of communication with customers as well as working with the Production and Marketing Teams, on-site during and after installs, too. You may also get to speak with her when you call into the office, as she helps our Customer Service Reps with continuing education and training!

On a personal note, Kim is on the Board of Directors for Habitat for Humanity of Salem County.  She is on the Business Education Committee for the Salem County Chamber of Commerce and is the Educational Coordinator for Mullica Hill Networkers (BNI) and a previous Ambassador within the BNI organization. She is also very active as a Ladies Auxiliary member for the Army Navy Unit #53 out of National Park, NJ and in 2014 was elected Senior VP of the organization. She is originally from Camden County, but currently resides in Woodstown, NJ with her daughter, Isabella.

In 2012, Kim earned the Trademark Who's Who for the 40 Under 40 category, and in 2014, Kim earned the Small Business Leader of The Year award through the Salem County Chamber of Commerce.

She has been a great addition to the family here at Dry Guys and has excelled in customer relations and client services throughout her career with us. 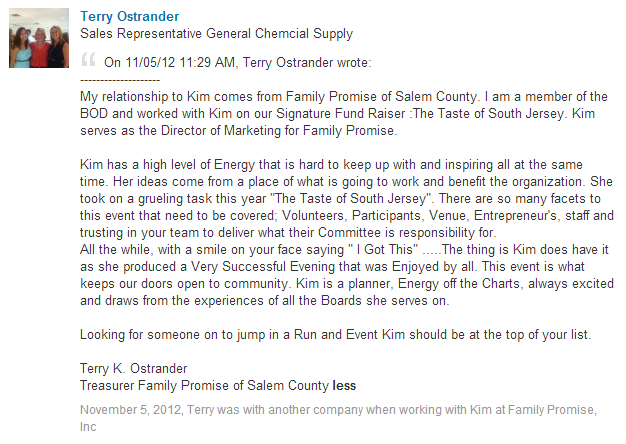 Watch My Video
Customer Reviews
About Me
View all Reviews

“Kim was so helpful on the phone, and the crew guys were so professional and such hard workers.”

“Dear Dan- I had to write to tell you how impressed I am with your company and its performance. My crawl space encapsulation came out fantastic! Nowadays, it...”

“I had a great experience with the office staff, and the installation was neat and professional. Both the crew and the inspector were very nice, and I was very...”

“If you want to keep smiling on a rainy day, just like Kim, use Dry Guys!”

Read Full Testimonial
B. B. of Swedesboro, NJ

“Kim answered every question and even demonstrated what the project entails.”

“Thanks for the step-by-step presentation relative to the process and equipment to resolve the waterproofing problem.”

“I would not even think about calling a different water proofing company if I ever had a problem again. Thanks to Kim and the entire Dry Guys team.”

“My basement waterproofing system has paid for itself over and over during the past year, with all this crazy rain, at least now I can just stay snug and enjoy...”

“Kim and Dry Guys are an active part of our community. They not only strive to provide excellent service, but look to build a better community through their out...”

Videos from projects I was involved with: 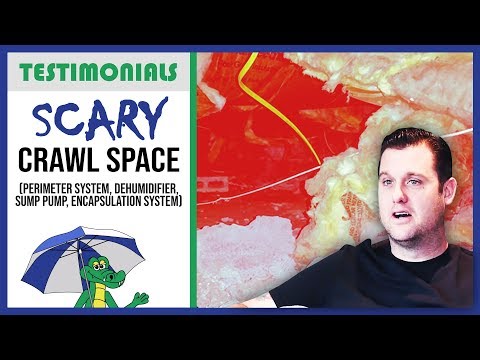 Dry Guys Gets Wet For A Cause

Business Leader of the Year 2014

We Earned Best of Salem County for the 8th Year!

Business of the Year Finalist 2015